The day, observed annually on 5 June, seeks to create awareness around climate change contributors and the theme this year was: Only One Earth.

The event hosted on UKZN’s Pietermaritzburg campus examined soil desertification as one of the biggest threats to food security and economic stability.

In his welcome address, Deputy Vice-Chancellor and Head of the College of Agriculture, Engineering and Science (AES) Professor Albert Modi commented on the excellent turnout of UKZN students, who packed the Colin Webb Hall to capacity.

Focusing on this year’s theme, Only One Earth, and the need for our planet to be protected, Modi remarked on how UKZN set out to commemorate World Environment Day because of concerns linked to the activities of human beings.

Modi noted how agriculture was an important part of livelihoods and how the degradation of soil, loss of ecosystems and organic matter had impacted on that negatively. He said: ‘In the College of AES the message we are pushing is that small scale farming is the way to go. We can no longer rely on a few large-scale commercial farmers to feed us which is why I’m encouraging everyone to look after our soil and our land, and start a new kind of activism.’

Keynote speaker Professor Brigid Letty, a principal scientist at the Institute of Natural Resources in Pietermaritzburg, discussed the linkages of rangelands, livestock and soil. Drawing on past experiences in projects that her organisation was involved in, Letty gave examples of initiatives that promoted reducing soil loss, building soil carbon and improving the livelihoods of people.

Letty listed some of the contributing factors of soil loss including: overgrazing; animal and human paths becoming erosion gullies; burning of rangelands in winter leaving soil vulnerable to wind erosion; the infestation of invasive alien plants; bad infrastructure with poor drainage designs; and the encroachment of unplanned housing construction.

She noted the importance of community involvement in addressing and developing initiatives to address these issues, saying: ‘Firstly, it’s about co-development – you can’t work with livestock and rangelands without involving the owners and traditional authorities.

‘You can’t do any kind of work in communities without buy-in from the people you work with in order to get ownership of the interventions you are putting in place. For sustainability to be achieved it’s essential we realise that the technical inventions we want to do can only be done when the people who live in those areas see the value of the work we are doing.

Mr Alan Hall of Lusec Sanitation examined the topics of hygiene, sanitation and sustainability, highlighting the importance of getting the right pH level of the soil (between 4.8 and 5.5) to be a good farmer and successful at commercial farming. Evaluating Lusec Sanitation as a waterless toilet business that uses separate bucket systems for urine and faeces, Hall explained how human waste could be used as an everyday tool for soil regeneration.

General Manager of AGT Cover Crops and Forages Mr Simon Hodgson evaluated the use of soil and the future of farming as a business. Commenting on the importance of investing in long-term soil health and biodiversity as a necessity, he listed the negative impacts of agricultural farming as: erosion, compaction, reduced biodiversity, decreased water infiltration, decreased water holding capacity, nutrient mining, pollution of groundwater, and increased pest pressure.

Hodgson said current agricultural practices had shifted to become more regenerative and holistic and identified the six core principles of this approach as: understanding the context of a farming operation; minimising soil disturbance; maximising crop diversity; keeping soil covered; maintaining the living root in the soil all year round, and integrating livestock.

Hodgson focused on natural alternatives in bringing nitrogen back into the soil by planting legumes and integrating broadleaves as a way of gaining micro-organisms. He said: ‘When you think of modern agriculture and the techniques we followed in the past, it’s quite clear that it’s time to change the way we think in all forms of agriculture… my question to you is this: Is your business ready to get into this? If not, it’s time to consider it.’

Noting how soil is not a dead entity but rather an ecosystem on its own, Mafongoya listed the functions of soil as: biomass production; storage, filtration and transformation of nutrients, substances and water; a biodiversity pool; a physical and cultural environment for humans and their activities; a source of raw material which acts as a carbon pool; and an archive for geological and archaeological heritage.

Mafongoya said the SDGs could not be achieved if soil was not put at the centre of it all. He highlighted how ancient civilisations had been destroyed due to soil being washed away and encouraged soil scientists to share their knowledge with the public and the community.

Second-year BCom Accounting student and Enactus UKZN member, Mr Ndumiso Mngoma, who ‘loved every minute of the event,’ said it was ‘important to arm ourselves with the right information and to make the right decisions in order to avoid the currently predicted future of food insecurity and economic instability.’

Director of UKZN InQubate, Mrs Suvina Singh made a global call to save the soil, emphasising how humanity was at a fork in the road and needed to act collectively to decide on either the end of humanity or a sustainable future in co-existence with the environment. Defining the soil as earth, Singh said: ‘Our four billion-year-old mother (earth) is dying,’ highlighting how everything hinges on soil and how industries will fall once soil can no longer provide and sustainable growth cannot be achieved.

Singh questioned if this was the kind of world people wanted to leave behind – a planet filled with famine, violence and civil strife. Noting the importance of growing food locally and in a sustainable manner that did not damage the environment, Singh encouraged the public and the government to get together and play their part in forming initiatives and soil-saving policies that would work towards reversing land desertification and addressing the soil crisis.

In closing, Singh thanked the event’s sponsors and partners Conscious Planet, AGT Cover Crops and Forages, Innovate Durban and the College of Agriculture, Engineering and Science.

Other activities included a flash mob, a talent showcase of singing, poetry and artwork in line with #Save Soil theme, a sustainable business exhibition, giveaways for the best social media post, and a stellar performance by UKZN student, Black Blondy. 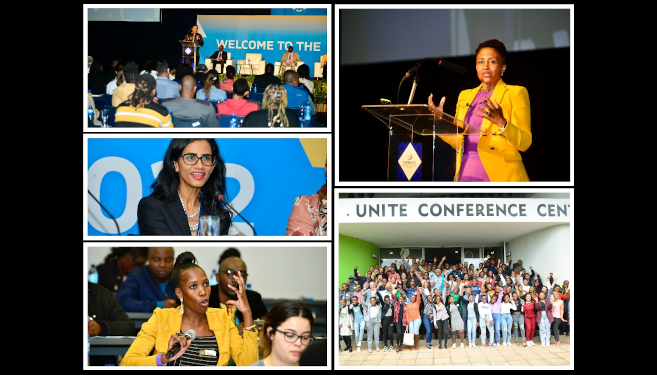 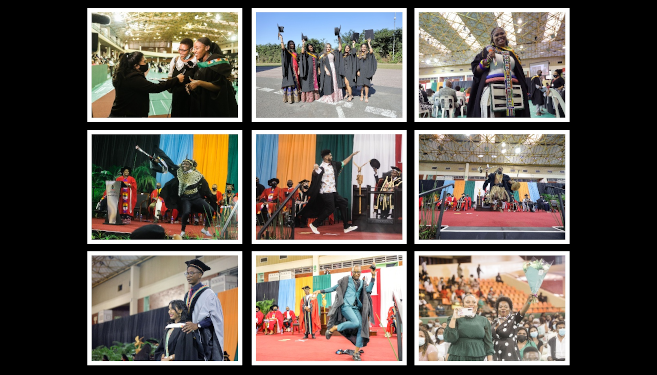 Land Degradation in Africa – the Answer Lies in the Soil